The residents of the famous neighborhood of San Blas in the city of Cusco tell that in 1950 there were a lot of stores and even some cafés on the main square, the Plaza de Armas, of Cusco.  Every day they served their clients.

One day a man came in to the cafés on the Plaza de Armas to ask the owners for something to eat, since he had no money. One of the cafés he went into kicked him out and shouted at him harshly to never return, that in that place they never gave alms to beggars.

When he went into another, the lady had him come in and sat him down.  She served him food and then put together a package with a bit more for him to take. With gratitude the man blessed the café and left.

The woman could see him in the distance when he turned and smiled before disappearing as if by magic. The woman was quiet for several minutes since she realized the person who asked her for food was God. He had come to warn them of an event that would go down in history and be remembered until today.

Suddenly, Sunday the 21st of May, 1950, the earth began to shake.  An earthquake, 6.0 magnitude on the Richter scale. It caused great destruction in the city.  Holes opened in the ground that were from 10 to 50 meters wide. The most affected neighborhoods were Belen and Santiago.

The café that treated the beggar badly was completely destroyed. The man eho rejected the beggar escaped but the earth opened up and took him. On the other hand, the café of the lady only suffered minor damage.

The city was in ruins, The Cathedral, the Company of Jesus, and residences were all covered in a mantle of dust.  People frantically ran from one place to another. Some laughed intensely while others cried. It was a nightmare.

More than a thousand persons were killed and many more were homeless. The main square became a refuge where people stayed and prayed for the tragedy to be over.

Indians and Mestizos, Lords and slaves alike gathered here to cry out to the Lord of Earthquakes who interceded for them and calm slowly returned to the city.

The Changeable Weather of This Time of Year 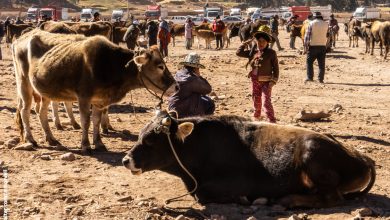