The cocha is the name with which the lagoons and lakes are popularly known. Some are called savages or virgins because nobody has entered them and there are others to which only the shamans enter to renew their energy. It is said that not everyone can enter because in them lie many dangers. People believe that they are enchanted.

A resident of the community of Pacchanta on the route to the snowy Ausangate, tells that one day three friends decided to go fishing to one of the lagoons that are close to the snow field on Ausangate. They randomly choose to go to the lagoon of Otorongo where they set up their tent on the banks to rest and planned to go fishing the next day from very early. At night they felt very happy, they told stories and one of them began to talk about the enchanted lagoons which only the shamans dared to enter to renew their energy and thus perform good ceremonies.

Upon hearing this comment, the other two began to make fun of it and said tomorrow you will see that not only will we fish but we will also swim there without being shamans. We have swum in several cochas and nothing has ever happened to us, you’ll see. The friend insisted and said maybe it was not a good idea to have climbed up to this lagoon. While conversing the three friends fell asleep.

The next day they got up very early. The friend who was afraid of the cochas, decided to stay in the camping area to prepare the oven and have the frying pan ready to fry the fish that his friends would catch. After breakfast, the others started to set the hooks with worms as bait. They said goodbye to their friend and entered the lagoon in a small totora raft that they had prepared. When they set out on the lagoon, the third friend went to get wood to make fire.

While he was away, the others threw the hooks in to fish. They saw that the water changed color black. Algae they had not seen before rose up and snarled the raft. The two friends shouted calling their friend to help them, but he had gone very far looking for fire fuel and could not hear them.

The blue sky became a gray with dark clouds and a storm that was getting closer and closer. They tried to break the algae that prevented them from paddling towards the shore. Suddenly, the third friend appeared carrying firewood and with his arrival everything returned to normal; there was no seaweed, the sky was completely sunny. The two friends quickly paddled towards the shore and shouted we have to leave here. You were right this cocha is bewitched.

The friend asked again and again what happened, because they were so nervous to which the others responded, “you did not see the storm that was approaching, the gray sky, the algae that did not let us out and tried to sink the raft?” He answered, “no, I did not see any of that, are you sure ? Let’s go fast.” They took what they could and started to descend the mountain even leaving some of their things. All they wanted was to get as far away from that place as possible.

After telling this story, the villager said that, according to the version of some other settlers, many years ago near this lagoon a battle was held, many people died and their bodies were thrown into this lagoon and that when there is a full moon , voices of women are heard calling with a sweet voice inviting you to enter the cocha. 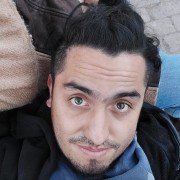