Yesterday the City of Cuzco started its pilot plan to turn the area around the Plaza de Armas, the City’s center into a pedestrian zone. The plan has caused a polemic to surge in the Imperial City and in many social media. For years the city has been planning to make key portions of the city pedestrian only.

This is an important idea for us to be able to mature as the kind of monumental and historical city that we are. It helps to bring about visual, environmental, and auditory decontamination. By making the historic center pedestrian the City is creating a place where people can walk safely and calmly, without worrying that a bus of a taxi will run over their feet.

The Historic Center looks much better, in my opinion. The Plaza de Armas shines in tranquility. The ease for people to walk is optimal now, whether we are talking about local people or tourists who are visiting our ancient town.

The time had arrived for our Historical Center to become a pedestrian zone. It makes things much easier and will enhance development. Now the aggressive and abusive drivers who break all security are not to be found there. This is especially true in the narrow streets of the Monumental Zone that were not built with cars in mind. We must also appreciate that the downtown is a complete Inca museum, as one friend who works downtown told me.

Nevertheless, breaking the flow of traffic has caused chaos to develop in other parts of the old city. It has intensified traffic and affected public transport as well as public institutions. It has made things a bit more difficult for students in the schools found in the historic core.

Here are a couple of the opinions of citizens and tourists in our city.

Willor Montenegro: “No cars in the center! They just need to inform people so that they take appropriate measures such as in organizing their time. The tours also need to be reorganized. They should not make so much drama. Avoiding the entrance of cars brings less stress and greater peace. Globalization cannot conquer us. Tranquility is invaluable.”

Arion Lennon : “What is missing is good road culture and education in the drivers. I am a Mexican tourist and already two times they almost ran over me because they will not give the right of way to pedestrians. They drive crazy.”

This project has been in planning for a long time. Now, with the current mayor, Carlos Moscoso, it is being placed into effect.

The Once and Future Tawantinsuyo Holds Hearts and Hopes

Abundance Comes to Cuzco These Days 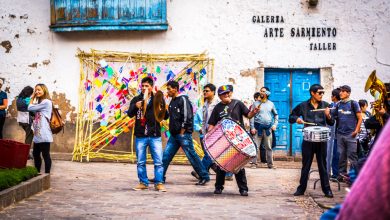 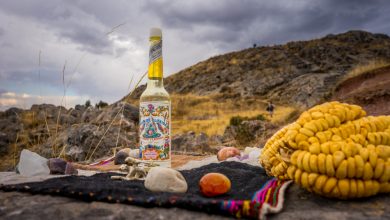