On just hearing the name, pollo la brasa, or rotisserie chicken, our mouth start watering from the mere suggestion of the delicious scent when it comes off the coals. The crispy skin that covers the soft and juicy meat is a marvel that fuses with the best of fried Andean yellow potatoes.

The history of this delicious food goes back to 1950 and the hacienda of Mr. Roger Schuler, of Swiss Origin, whose original business was a chicken farm near Lima, the nation’s capital. With its earnings he hoped to support his family but the farm started going bust. On seeing that if he could not sell the chickens fast enough they would die and he would lose a large amount of money, he had a great idea to try and sell the young chickens.

For this he and the cook in his house created a recipe of marinating the chickens in a salt water based marinade (salamuera) and then cooking them over a slow fire on algarrobo coals.  An hour of cooking would give them the famous result of pollo a la brasa, or chicken over coals.

Algarrobo, prosopsis pallida, is a relative of the famous mesquite tree used in the American Southwest to infuse flavor in barbecues.

Mr Schuler placed an announcement on the gate of his hacienda which had the phrase of “eat as much chicken over coals as you can for only five soles”.

People began coming and were pleasantly surprised with the flavor and the inexpensive price. In just a few days they sold all the young chickens. But what Mr. Shuler learned was that the failure of one business can open the way for a much better business, which he called the Granja Azul (Blue Farm).

The fame of his new business devastated other eating establishments. At the time the custom was to eat with lots of decorum and all utensils; restaurants were a place of luxury. The growth of a rural eatery where people could eat with their hands weakened the attraction of the restaurants of Lima. At the farm, no one would criticize you if you wanted to get every last sliver of meet from the smallest bone of the chicken. And, if you wanted more you could have it without worrying about additional costs.

Once the Granja Azul opened its doors it drew a large clientele from all over Lima.  As a result new forms of selling chicken surged in Lima. The city became populated with chicken shops forming a new kind of enterprise.

Each of these new places had their own history as well as their own customs. As a result clients had a lot of options and variety from which to choose. These were places where families could gather every weekend and free themselves from the stress of the city. Many of todays adult have wonderful memories of their childhood outings to places like these.

But no other outlet could make the offer of the Granja Azul. Nowadays its slogan has changed. “Eat all the chicken you can for fifty soles”. Inflation has taken its due, but the price is still a bargain, not unlike in its earliest form.

Thanks to the great idea of the Swiss farmer in Lima, pollo a la brasa is now a gastronomic industry which has led to the creation of many restaurants with a high level of quality. They offer quality chickens in almost the whole length and breadth of the country. You will find them in the most chichi parts of the country as well as in the poorest.

Nevertheless, if it were not for grill on which the chicken cooks, this dish would not exist. In the beginning it took a rustic form with carbonized wood at its base and the chicken was manually turned on a metal spit over the heat. This was a demanding job for the cook.

As people came in numbers it was difficult for a small shop to meet demand. But a friend of Mr. Shuler’s came to the rescue. He arrived in Peru from Switzerland with plans for a grill that would simulate the solar system. The chickens would rotate around the coals, like planets around the sun. It had, as a result, the capacity to cook far more chickens at the same time and gave rise to the industry of the hornos braseros, or rotisserie grills for this chicken. The pioneer of chicken, Mr Shuler’s great friend was at its head. Thanks to its creation an industry was formed that has sold thousands and thousands of grills to new entrepreneurs.

Because of the mass consumption of this food, Peru created a day to celebrate it each year, the 21st of July, the official Day of Pollo a la Brasa. It is a day when Peruvians throng chicken shops to enjoy this traditional food with their loved ones, a week before the celebration of Peruvian Independence Day.

This dish’s fame has gone far beyond the frontiers of Peru. It has made its way to all the countries of South America, thanks to entrepreneurs who dared migrate to the other countries to conquer them with the fabulous flavor of Peruvian chicken. As you would expect, their population has accepted with joy the dishes arriving from Peru because of their difference from local cuisine and because of the distinct identity carried by them. The latest places to which this delicious food has traveled are to North America and to Asia, imposing its flavor and Peruvian culture on arrival.

Where ever you might be, you can find a good pollo a la brasa. Or you can always make your own at home, along with your friends. You only need an oven and a chicken, besides a lot of love for cooking and for your family and friends with whom you will share this fabulous dish.

Five Places for a Good Breakfast in Cuzco 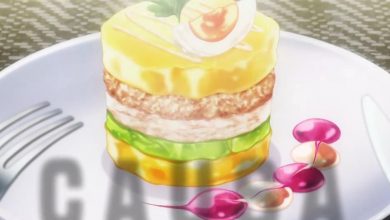