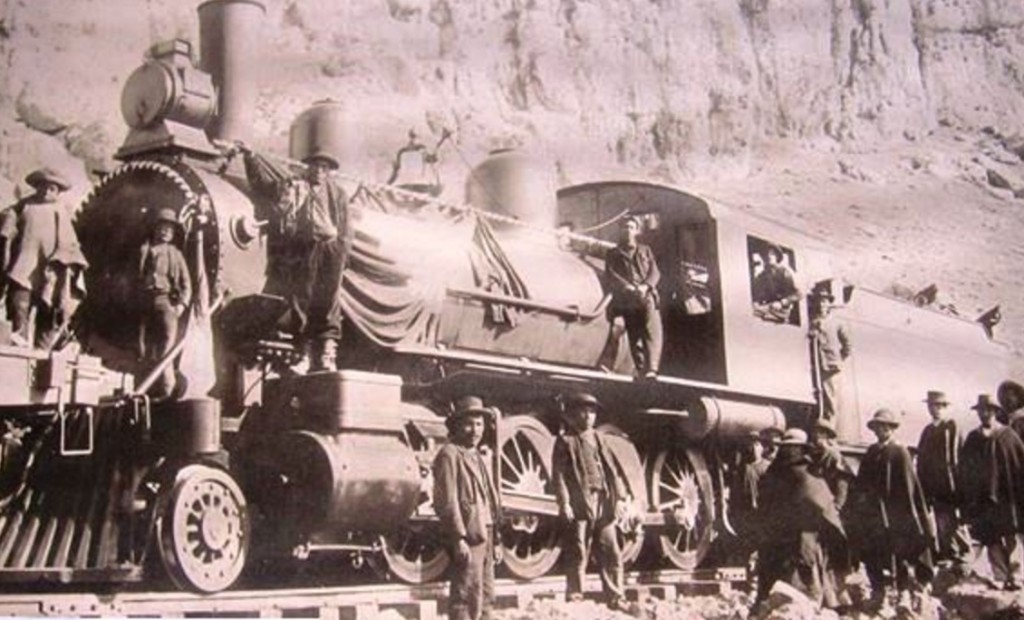 One hundred years ago this last Friday, April 1st, Victor Vaughen Morris opened the Morris Bar in downtown Lima, Peru.  Famous for the pisco sour,  a drink that became the Peruvian national beverage, the bar was also an important gathering place in the city.

Its owner, Victor V. Morris, came to Peru from Salt Lake City, Utah as part of activities related to the Cerro de Pasco Investment Company. Organized from the United States this company became the largest mining corporation in Peru and dominated the economy of Central Peru.  It also led a transformation of Peruvian mining and society, in which the old oligarchic families came to be replaced by international mining and commercial investors.

This corporation’s early development depended on the  work of Alfred McCune, also from Utah. Born in Calcutta, India, where his British parents converted to Mormonism. McCune immigrated to Utah when he was six years old. After building a regional business empire in ranching, railroading, and mining McCune was drawn to Peru and, in 1897 organized a mining enterprise that would become the Cerro de Pasco Company.

Besides drawing major American capitalists and changing for good or bad the lives of rural and urban Peruvians, this company pulled many people from Utah to Peru.

Among them was Victor Morris. In 1903 he left his home on the edge of the US Great Basin, a region of religion, railroads, mines, and communal agricultural settlements, to work on the railroad needed by the Cerro de Pasco Company in Peru.

Morris’ father, Richard Vaughan Morris, came to Utah from Wales in 1855.  At the leading edge of what was to become a flood of Welshmen who moved to this Zion in the desert after becoming Mormon, Richard V. Morris trained in a law office in Liverpool, the port from which so many Welshmen sailed to American and then went to Utah. While still in the United Kingdom, Morris père began working in Church administration.

In Utah, he worked as the president of the Utah Soap Company, the auditor of the Utah Central Railroad, the Secretary of the Deseret Telegraphy Company and the Secretary of the Deseret Agriculture and Manufacture Society. This last was a joint Mormon Church and State enterprise to promote agriculture and manufacture, while the Telegraph Company held the Church as its largest stakeholder.  In addition to this mix of Church and private businesses, Morris served as the third bishop of the 19th Ward of the Church in Salt Lake City.  The Ward was (and is) not only a geographical location within the city, the Western side of Capitol Hill, it is also a congregation.

Not only was Richard V. Morris prominent in Salt lake Society of the time, he was a polygamist, having three wives simultaneously. He died in 1882, about five years after the death of Mormon leader Brigham Young and the beginning of radical change in Utah as the LDS Church was pressured by the US federal government to do away with its economy and with its practice of polygyny. At the same time, the railroads came and mining interests became ever stronger.

A son from his first marriage, Richard P. Morris, rose in City administration and became the mayor of Salt Lake City as well as a board member of the Silver King mine. Another son from the first marriage worked as a telegrapher in the Deseret Telegraph Company as well as at the Utah Southern Railroad Company. After working as an agent and operator for the Railroad he became a clerk at the Horn Silver Mining Company and rose to be the mine’s general manager.

Victor belonged to the second family. His mother’s father, Nathaniel Vary Jones was also a prominent Mormon and polygamist, serving as bishop of the 15th Ward. Furthermore in 1852 he was sent by the Church to India as a missionary and became the president of the Mission. While there, whether in Calcutta or elsewhere, he undoubtedly met and interacted closely with Alfred McCune’s father who also was a missionary of the Church in India. This India connection may be part of the reason Victor Morris was recruited and signed on to McCune’s Peru adventure.

The second of three sons from the second family, Victor Morris and his older brother Burton C. Morris joined their older sister, Clara, and their older half brother Richard to start a floral company that carried that brother’s name.

B.C. Morris floral was more than a family venture and shows some of the connections that would later be part of drawing Victor Morris to Peru. It involved Pennel Charington, an attorney who also worked for the railroads, Thomas Hobday, who became important in provisioning Salt Lake City with a solid water supply, and John H MacMurdy, an attorney in Cripple Creek Colorado who was also involved with railroads and mining.

In 1887, B. C. Morris bought out another florist Dwyer Floral as well as the greenhouses of Lafayette Floral.  He also had worked as a clerk in various businesses.

B.C. Morris was killed in a very public conflict and the killer was not convicted. Historian Guillermo L. Toro-Lira, along with Victor Morris descendants, claim this failure of justice soured Victor Morris on Utah’s system and ultimately motivated his departure from the state for Peru.

Despite the loss of his brother and his upset, Morris continued working as a florist for some time, although he also started working as an auditor with the Oregon Shortline Railroad.

His family and personal ties with the railroad industry took him to Peru, along with many other Utahns, where he worked on the railroad built by the Cerro de Pasco Corporation before retiring and opening his bar in Lima.

Lawrence A Clayton, Peru and the United States: The Eagle and the Condor (University of Gerogia Press, 1999) p. 86-87. 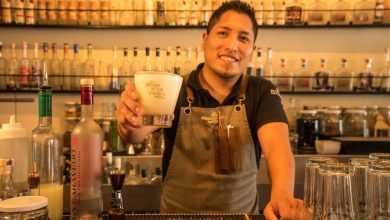