Many people in Cuzco go out during the day to beg on the principal streets of Cuzco and others live day and night in the cold of the streets. While the vast majority of people in our city have homes and manage to find food, still for a few that work involves asking people for help while for others is sleeping in doorway for some shelter in the street. Some loose their life to the cold.

The people who beg in the principle streets of Cuzco are often elderly people who have no place to go. They are abandoned to their fate and lost. Besides older people, some people who beg have only recently arrived from somewhere else. There are also the disabled, including the blind, as well as people who need help for medical attention .

They either go out into the street with a sign and a cup, or play some music and set a cup in front of them, or they may buy some candies and sell them. In any case the purpose is to obtain some money to take home and subsist another day.

As you visit our fair city, you will see beggars.Â  Around the Plaza de Armas, for example, where almost all tourists go, there are two or three beggars who can be found there almost every day. Some stand or sit still, cup in hand, while others lift their instruments — quenas, charangos, or guitars — and regale passersby with song in hopes they will give them some coins.

The people asking for alms in Cuzco have different attitudes for the life they have had to live. If there is something they have in common, it is the necessity to survive.

While there are legitimately needy people who work the streets, there are also some who fake being blind or suffering from some mental problem.

The other day, while walking down Marques street I saw a person who was sitting on the ground with a tupperware container in front of him. Â As people would pass by many would leave him some coins. I walked by and saw that he was faking being blind. His eyes were covered by some old sun glasses. When well dressed people would pass by he made himself look sad. He arranged his feet as if they were bad. Yet when there were no well dressed people around he would just sit against the wall looking normal. It makes me mad to see such people when there are truly needy people who also beg.

There are elderly people who have no strength to carry out any other kind of work. Sometimes they are abandoned or many times they have no place to pass the night. That is truly harsh given how intense the cold is becoming with the climate change due to global warming and the growing pollution in our city.

It is sad to see these people in the street abandoned. Other than giving them a coin or two, people tend to do little to help them. During the cold spells when it freezes people even die in the streets. They can not withstand the cold and hypothermia kills them. Dawn finds them dead. I do not like it but it is a reality in our city.

Our government should take the obligation to build more hospices and homes that at least would receive the elderly abandoned by their families. Our government seems to forget the poor who are found in our streets. The government overwhelms itself with the economic and political issues of its season in power and those in the streets receive little to no attention.

The Minister [of Women and Vulnerable Populations],Â Ana Jara,Â  said that [a new program] ,”Vida Digna (Proud Life) will help people who are above 60 years old to protect their fundamental rights. [. . .]

She said that the program will seek to restore and protect the fundamental rights of older adults who find themselves obliged to spend the night in the streets, or to beg, or stan din long lines in order to obtain basic food.

Jara added that the program will begin with a pilot plan this year through 2013 in Lima, Ica, Arequipa, and Huancayo since, according to official numbers, those cities have a greater density of older adults.

in Cuzco we will not have the advantage of this program for some time to come. As a result, we will continue to see elderly and needy people asking for help in our streets.

Translators Note. In my experience in the United States begging–or panhandling as it is more generally called — is seen as a social ill and often criminalized. I think that Latin American countries, such as Peru, stem from a different tradition that recognizes and sees a Christian obligation both in begging and in giving to the poor and need when they entreat. It is not that Anglos do not give, but that they prefer to do so through rehabilitative institutions, since begging is seen not only as social problem, but as a failure of individual character –the will to be self-sustining and independent. On the other hand, a legitimacy accrues to begging in Latin America that is different from more northern climes. As a result it is very common to see beggars in the street in Cuzco.

Sacsayhuaman, a Fun Place to Relax, Play, and Visit 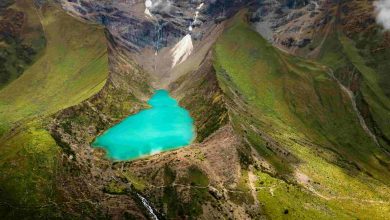