A lunch outdoors, in the midst of nature and surrounded by mountains is the humble but priceless and charming Lucre, a town not far from the city of Cuzco.   It is well-known for its trout which go quickly from swimming in water to cooking in the pan.  From it they come to the table fresh and crispy and surround us with their perfume and then fill us with their flavor.

The city of Cuzco, when looked at from above — such as from the area of Sacsayhuaman, is a large half-circle surrounded by impressive mountains that create the landscape.  But if we look towards the south, we see a large mountain that looks cut, as if someone had split it in two to open a way to the south.  Maybe it is true what the legends say that a great man came this way with such great power that with his sling he could break the mountains, opening canyons, valleys, and beautiful landscapes.   Weather true or not, what is hidden behind the southern mountains is something wonderful.

One hour south of the city of Cuzco, after going through picturesque places such as Saylla, Tipón, and Oropesa, if we take the road to the right on the Cusco Puno highway we arrive at the district of Lucre.

It is a peaceful place where we look out on the Lucre-Huacarpay lake.   Found on the Ramsar list of Wetlands of International Importance it contains a great variety of water birds and vegetation.  This biological importance and the fact that it is a way station for migrating waterfowl qualifies it for this list stemming from the International Convention on Wetlands established in Ramsar, Iran in 1971.  Focusing on a single ecosystem, wetlands, this intergovernmental convention establishes a framework for national and international efforts to conserve them and use them wisely.

Not only is Lucre an important wetland, it also shows signs of being important before the Incas.  Pre-Incan architecture of the Lucre Culture demonstrates that this agriculturally fertile land has long been significant.

In this place one breathes fresh and pure air.  When one enters the small town of Lucre one finds restaurants that offer the second most famous dish of the place, baked-duck, but more often people visit Lucre because of its fish farms and its fresh trout.

The small plaza of the town, by the river on its right-hand side, welcomes us.  You can have your picture taken by the plaza’s trees and can visit the famous bakery which is in front of the plaza.  You should make sure you do go there.   Not only are its pastries good, it is known for its collections of plates that were placed on cows.  Maybe it displays them to show that some of its pastries are made with its own cow’s milk.

A few more minutes on the road and we arrive at the well-known fish-farms which are on both sides of the river.  They were located here to take advantage of the river’s water.

Walking up the narrow road we see provocative signs telling us fresh trout is available.  These local restaurants where one can enjoy fresh-caught fish are located near the five different fish-farms.  In them, if you wish, you can have the experience of catching your own trout and helping prepare it.  There are three pools, each classified by size,  where you can catch your own fish to be cooked over a wood fire as is traditional in Peru’s countryside.  The trout then will be served you accompanied by mote (kernels of boiled white corn), huayro potatoes, and a good salad.

The flavor is unique, perhaps because the trout was so fresh and was fried in hot oil over a wood fire whose smoke imparts its own flavor.  The trout is crispy and one eats it completely without having to worry about small bones or the fish-head as in some city restaurants.  Here one can enjoy nature to its fullest since the tables are in the open air where you feel the sun’s rays and see the beauty of the landscape.

Since the restaurants have large gardens, you can share the experience with your family, friends, or tour group.  Lucre offers us not just a single attraction, but we have its flora and fauna to explore as well as its amazing gastronomy in which trout predominates.

The Historic San Pedro Market and Its Juices.

A World of Color and Flavor in your Hand, Cuzco's Papas Rellenas 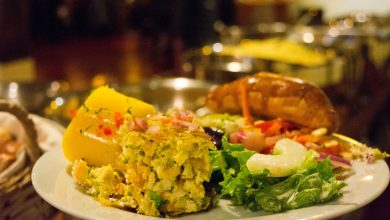 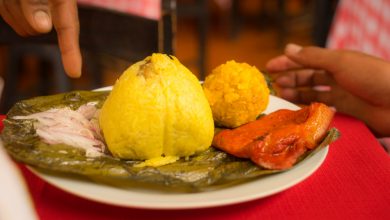 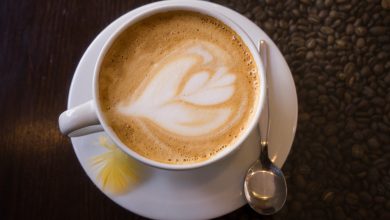