The upland jungles of Cusco traditionally produce a third of Peru’s cacao. While most of it is for Peru’s internal market, it is increasingly exported. Nicko Debenham, the president of the World Cocoa Foundation, announced earlier this year that Peru can become the world leader in the export of fine, aromatic cocoa.

Cusco’s La Convención Province is the national leader of Cacao production in Peru, though fine cacao is grown from the north to the south of the country, where the Andes meet the jungle clad lowlands. Peru’s north received a lot of press, recently, for its white seeded porcelain cacao, while Cusco is known for another fine and very fragrant cacao, the chuncho.

The chuncho is very diverse genetically and has hybridized on the edge of the region with other varieties of cacao. This diversity, and that of the rest of the country, has led Peru’s Ministry go Agriculture to propose cataloguing the cultivars of this fruit with its god-blessed seeds.

Indeed, despite the association of Cacao with Meso-America, the Peruvian Ministry go Agriculture argues that, given the genetic diversity of cacao in Peru, the plant must have evolved here. The government ministry notes that the chuncho variety, gifted with superb flavor and aroma, was domesticated by the traditional population of La Convención, the Machiguenga Indians.

These people have been called chunchos by the highlanders from probably well before Inca times and figure in rituals and dances in the mountains and plateaus even today. They interacted with the Inca and prior civilizations, making them part of the broader Andean economy and ecology, even if not part of the Imperial population. Their Quechua name has become the name for their cacao while they are called by the own name.

While identifying the cultivars is an important step toward recognizing the diversity of Peru’s increasingly recognized and desired cacao, it also will lead towards generating certification with a Denomination of Origin for the finest of Peruvian cacao as well as stabilizing the relationship of names to cultivars.

It will also do something else. Like the cultivation in most of Peru, chuncho cacao trees in LA Convención province are grown on small family farms and suffer from lack of agricultural extension support and modern knowledge of cultivation and care. The Ministry of Agriculture hopes to change this, by grasping the specific characteristics, strengths, and needs of each Peruvian cultivar in order to improve cultivation and increase yields while maintaining quality.

To further promote cacao, Peru named October 1st the Day of Cacao and Chocolate. It also named the raw material for the divine chocolate a flagship product of the country.

The country also announced the winners of the Golden Cacao award for this year. Among them were two producers from Cusco: Florentino Santoyo Laurente from the Cochayoc sector of the district of Quellouno in the province of La Convención as well as Roberta Cabrera Pumahuaman from the Quishiato zone in the district of Echarati, province of La Convención.

Cusco continues to be a leader in the production of fine cacao within Peru.

Corn, in Its Wondrous Variety, Gives Life to Cuzco

The National Day of the Cuy, Guinea Pig 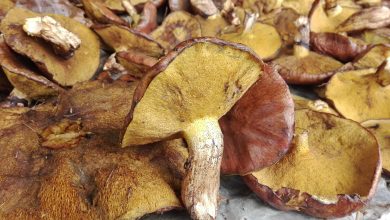