This is the story of a group of 4 miners who lived in Quincemil, in the district of Puerto Maldonado. They made the decision to go on an expedition in search of a vein of gold located at the head of Colorado River, in a place called Tocabe.

For this expedition they took provisions among which fariña stood out. It is dried ground yuca ( a kind of manioc) and green plantain flour. These two products are typical of the jungle. When people eat it, they keep their stomachs full. The members of the expedition also brought dried bocachica fish as a kind of chalona or dried meat. It lasts for a long time despite the heat of the jungle. In order to make their way through the jungle, they took machetes since the forest had very lush vegetation. Along the way they drank water from paca fruit and coconut. These are natural sources of water since the rivers have been contaminated by the mining companies.

After three days of traveling, they camped near a native people called Guacamayo where they made a hut with palm leaves. They spent the night there and during the night they heard strange voices that seemed to be giant animals from their power and volume. With fear they lost their courage to go out so that to see what animals they were. At dawn they, continued their way through the thick vegetation. Suddenly, in front of them appeared a huatapuñoc (anaconda) that was approximately 10 meters long. It was rolled up in a tree. They were amazed because it was not very common to find this animal. According to myths it sleeps all year and wakes up only once. The miners passed very quietly because they knew it was asleep. In low voices they said, “God is with us”.

They increased their pace and reached the headlands of the Colorado River where they camped. Around midnight, a thunderstorm began to fall with lightning and thunder. The storm was strong and lightning struck a mahogany tree fifty meters from them, making a loud sound. From fear they did not dare to leave.

The next day at 5 am they approached the tree, which was now lying on the ground with its roots exposed. Out of curiosity they came to look at it closely. They were surprised to see that in the hole left by the roots were many nuggets of gold. They all were excited and began to gather them and place them in their packs. Each of them collected approximately four kilos of gold.

Happy with the gold they had found, while also and not being satisfied with it, they continued their journey until, on the 15th day, they camped by a qocha (lagoon) called Paña Qocha, in honor of a fish that abounds there called Paña.

When they were sleeping, around 11 pm, they heard the voice of a woman, a very thin and delicate voice, calling their names. They immediately woke up and got scared, because it seemed impossible that a woman was in the virgin jungle. It was totally desolate. They did not go out because they knew that in the jungle there was a bird called chullanchaki that was an evil bird. They spent the night in this place and the next day continued their way. Around 4pm they arrived at a waterfall approximately 80 meters high. On the edge of this waterfall they took out their pans to sift the sand and see if there was gold. Finding enough flakes of gold. In each sift they found some 100 flakes of gold. That meant they had finally found the source of gold, the vein they had been looking for. Past the waterfall, they saw a shining wall. Three of the miners risked entering the waterfall. When they entered the fall, they heard loud cries and because of that the fourth miner did not enter. He fled from the frightening place and ran to the last place where the 4 had camped. There he waited for 3 nights for his friends to return. They never came back so he decided to return to the city and told of this adventure in which he lost his 3 friends. Not even the gold he got could compensate for his loss.

Making the Small Boats of the Jungle 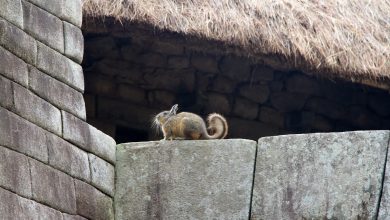 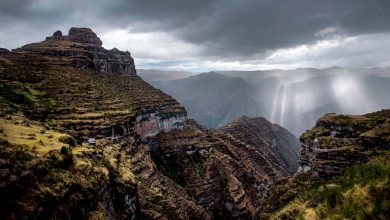 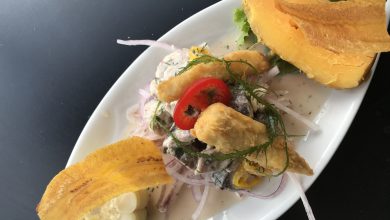